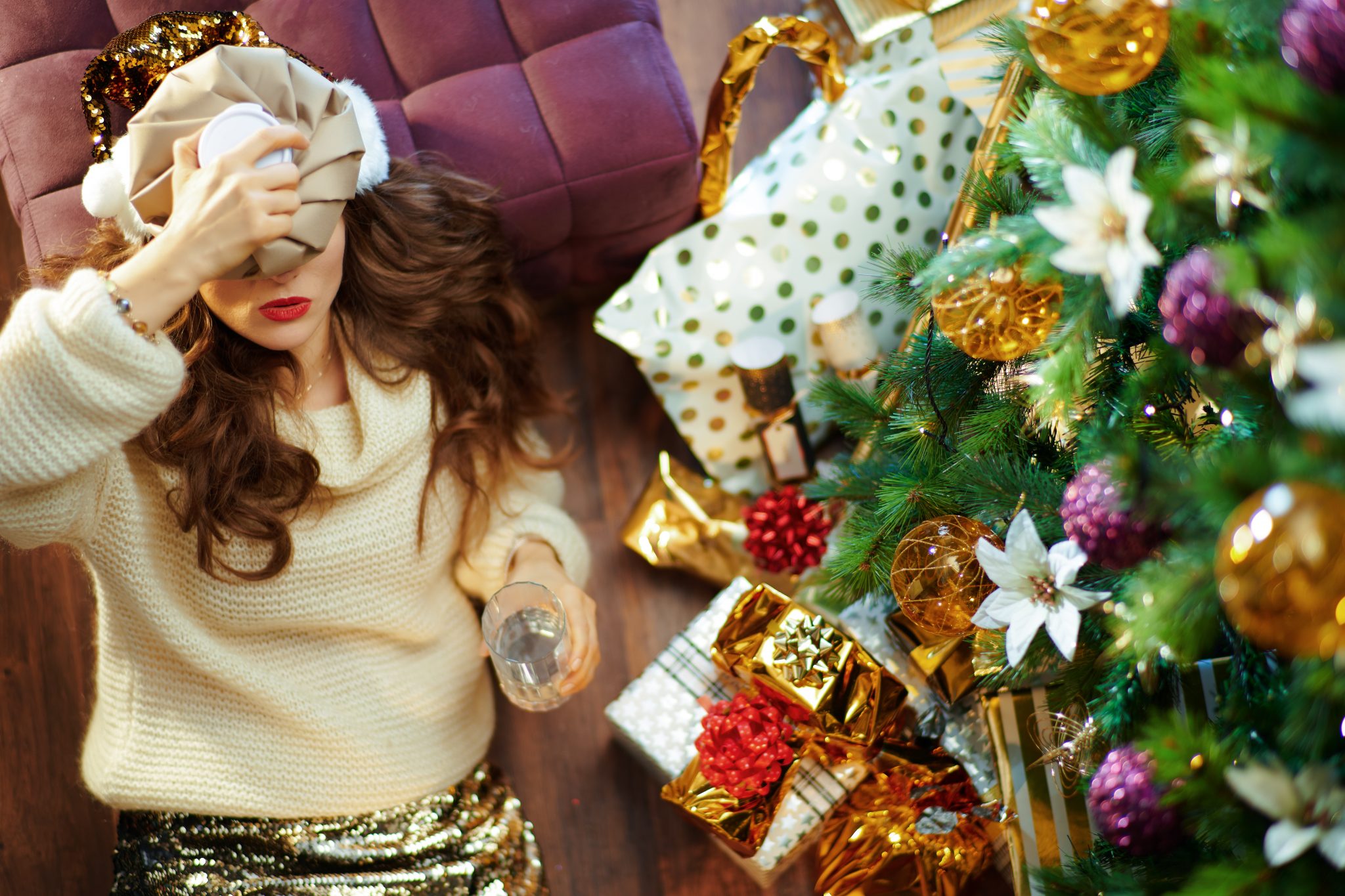 Let me just start by saying things don’t EVER go as you expect with kids. It doesn’t matter whether they’re 19 months or 19 years old, if you have a vision in your mind, the odds of it going that way are about as likely as if you woke up tomorrow and realized you were the undiscovered queen of a tiny country in Europe. Do any of these sound familiar?

Did I mention all these things have happened to me?

You would think after 6 kids I would have realized this! Why would Christmas Eve be any different?? It all started with my 12 year old…

Now don’t get me wrong, I love my 12 year old. He’s actually quite hilarious and creative. Like many kids his age he loves YouTube and even has his own channel. When he’s not filming he’s often pretending he’s vlogging. Things just go south when he decides to be bad…Have you ever had a kid who decided to be one of those famous, snarky, YouTubers for Halloween? Well my tweenager decided he was going to be one EVERY DAY!

“Can you take the trash out?”

“Sure, Mom, WHATEVER.” (Continues to sit on the couch.)

“Make sure you take a shower before church, your hair is really greasy.”

“Your MOM is really greasy!”

Any of this sound familiar? Well, this had gone on for days. Combine that with the fact that I woke up on the wrong side of the bed that day, let’s just say Christmas Eve had a lot of FIREWORKS! It didn’t take 5 minutes of being back from the Christmas Eve service (and probably 5 snarky remarks) and he was in his room.

Let me back up by saying that our 6 kids were born in pairs. 2 older boys, 2 middle girls, and 2 younger boys. Every pair has a buddy, and when they’re not fighting, they are fierce allies (especially against their parents!) So when the youngest, who is 8, and buddy to my tweenage 12 year old, realized his brother was getting punished on Christmas Eve, he went into a tailspin. Ever seen an Emo 8 year old? Head covered with a blanket, moping around like his dog just died, refusing to eat Christmas Eve dinner? Laying on the couch face down with his body and head completely covered? It was really quite a pathetic site!

In truth my expectations for Christmas Eve were seriously not very grandiose. Christmas Eve service, basic turkey and mashed potatoes dinner with the fam, maybe a couple board games or something. But the ONE thing I had really been looking forward to was reading the Christmas story, and our favorite Christmas book, “The Best Christmas Pageant Ever”. And really this wasn’t even purely a Christmas wish, this was actually a response to serious MOM GUILT.

In the back of my mind I have realized for quite a while that my youngest 2 kiddos have not had a lot of the same experienced as my oldest did. Now I know that is common in large families, but there is one area that has really nagged at my conscience, and that has been reading to my youngest boys. I have all kinds of justifications:

“My 12 year old has always complained about reading at night so since they shared a room I just never read to the 8 year old either. It was too much hassle.”

“I was always reading books that were meant for the older kids when the younger ones were really little, so I never had time for both.”

“After taking care of everyone all day I just didn’t have enough energy left to read to them.”

But the truth is actually worse. 10 years ago when my oldest kids were little they didn’t have all this YouTube and Nintendo Switches and Amazon Prime. As a matter of fact, when the first few were born we didn’t even have a TV! I remember my 5 year old asking me, “Mommy, what’s a commercial?” and feeling like I was mother of the year! Well, that crown got taken away a LONG time ago!

Needless to say I’d be a liar if I said I never let my kids on the media a few times more than I should have…OK, maybe a few hundred times! And that’s probably really the most compelling reason why I wasn’t reading to them.

It really hit me a couple days before Christmas when I was at Barnes and Noble with my 14 year old and we were looking at some humorous books. One was a parody of Good Night Moon. My 14 year old and I were cracking up because it was so funny. Of course she knew the real Good Night Moon practically by heart from hearing it so much as a child. I went home and asked my 8 year old if he’d ever heard of that book and he said no. (Ironically, the parody is called Good Night Ipad and the grandmother says “Goodnight” to all of the family’s electronic devices–to their horror–and throws them out the window!)

So I was determined that we would read the Christmas Story at dinner, and not just baby Jesus, no, we were going to start all the way back with the story of Zacharias and Elizabeth and not quit until we got to Joseph returning from Egypt! After all, if the kid didn’t even know what Good Night Moon was, where else had I failed??

Except, by the time we sat down to dinner and I started reading the story, my 12 year old was in his room and my 8 year old was face down on the couch with his blanket over his head– and I was a sad mess! My 14 year old daughter reached over gently and said, “Mom, want me to read it?”

“That would be great.” I said, defeated.

So she started reading.

“An old priest named Zachariah…” Suddenly the lump on the couch began to wail.

“Are you ok?” My husband asked the lump on the couch. No response. Slight sniffles.

“…worked at the Temple, helping the people…”

She raises her voice. “TO WORSHIP GOD. HIS WIFE…”

She starts again. “…was named Elizabeth. They loved God…”

By this time my husband, 4 teenagers, and I couldn’t stand it anymore–we started cracking up laughing! The whole thing was just too funny! And for me it was just too ironic. Once again the older 4 were getting read to while the 2 younger ones suffered. Ok, so maybe they were making themselves suffer. For that matter, maybe I was a saint for even surviving their childhoods! Yes, that was it! I felt better already!

Somehow we made it through Christmas Eve (by the way we only got through 2 chapters of The Best Christmas Pageant Ever before I couldn’t stand listening to the 12 year old complaining about it) and Christmas Day. And after that I have to give credit to my 12 year old that his snarky comments died down and his attitude improved immeasurably after a couple days without media (oh, did I mention he also got Laryngitis? That might have helped too!)