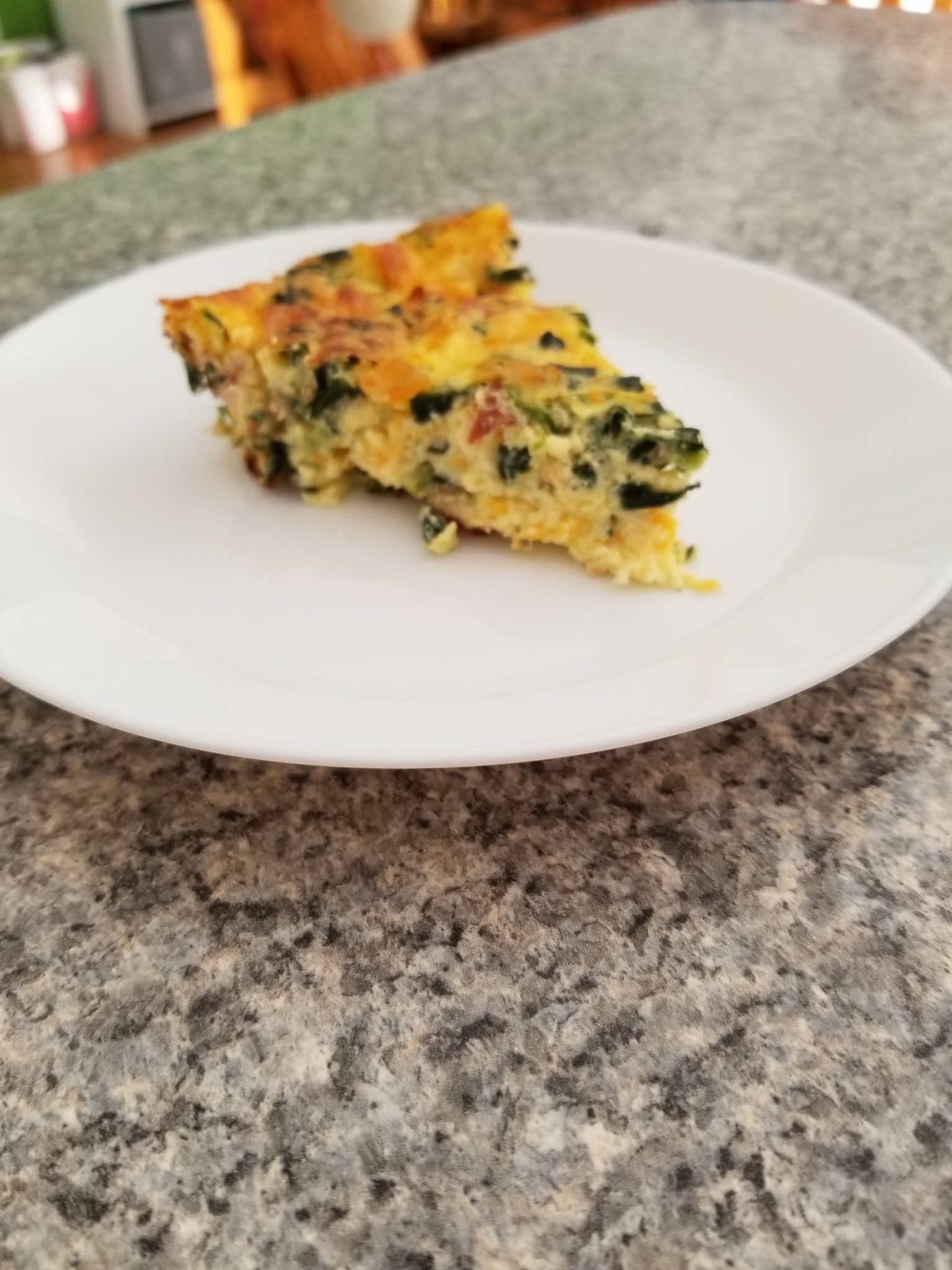 This recipe is a spin off Paula Deen’s Spinach Bacon Quiche. I changed the recipe a bit and omitted the crust. No one seems to mind that the crust is gone. My whole family likes it (and with 6 kids, that’s saying something!) I’ve served it at parties/meetings and it’s been a hit. So hopefully it will be a hit with your crowd too!

Don’t like spinach or bacon? This recipe is super flexible, so you can change out the meat or veggie as well. I often make ham and cheese quiche or sausage and cheese quiche instead. So whatever your family likes, throw it in! See variations below.

Keto, Grain Free, Yummy! Rich, creamy, and baked to perfection, full of bacon and sprinkled with a hint of savory spinach, garlic, and onion! Does your family like ham, sausage, tomato, or peppers instead? This recipe can also be changed to any meat or veggie combination, or just meat and cheese or veggie and cheese works too!

This recipe is easy to alter!  The main thing is the egg mixture (cheese, eggs, cream, salt & pepper). As long as you keep that the same, you can add anything else you want. I make ham and cheese quiche by just adding about 2 cups of cut ham pieces to the egg mixture. For sausage and cheese I cook 1 pound of sausage and add it to the egg mixture.  You could also leave out the meat and do asparagus, tomato, and onion sauteed in garlic.  Or combine the meat and veggies. Basically any combination you like will work, just make sure you saute the vegetables first so they are soft and savory.